Rich Mironov – how to progress your Product Management career 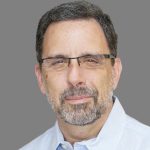 Rich is running a workshop on Tuesday, 20 October 2020 on ‘How to lead Product Management Teams’ – there are a few tickets left…

Delegating and relinquishing control in order to lead

When Rich parachutes into companies as an interim Head of Product, he focuses on mentoring and training. “When I’m in that big chair around the big kids’ table, I want to delegate all the product managing to the really smart folks who work for me, who get it done correctly or as correctly as possible,” says Rich.

“Instead of directly managing products, I’m doing other things necessary to pave the product road – such as lobbying to align cross-functional goals and taking the VP of Sales out for drinks to pre-empt deal-specific escalations. That way, my Product Managers can spend less time working on the politics and more time in smaller teams that are essential to getting their products out the door and winning markets,” says Rich.

Rich notes that a big challenge for Product Managers is figuring out where to spend their time since there are so many different areas of the business which are relevant to the role. If he sees an individual Product Manager spending most of her or their time lobbying on executive issues and bridge-building, then it’s likely they’re failing at their regular day job and don’t have enough executive support.

“Product Managers sometimes don’t have the room to step up because they don’t have autonomy,” says Rich. “In so many places I’ve visited or know people from, Product Managers can’t do their jobs because executives won’t give them room to take leadership. This can be company culture or organisation structure, or lack of what the Google folks call ‘psychological safety’. Or especially a lack of trust.”

“If an executive complains that their Product Managers don’t take enough leadership, and then three times a week, they wander down to demand that product managers insert extra, unimportant things into the roadmap or be fired, then there’s no trust and no autonomy,” says Rich.

How to build constructive relationships

Everyone knows that if you want to progress your career, you need to maintain good relationships, but sometimes, notes Rich, this can be problematic. “For folks who’ve come up from engineering or the engineering product side, it’s easy for them to assume that everyone around the executive table is purely rational, thinking only about the best long-term interests of the whole company, rather than each department or division’s own narrower current-quarter objectives, but that’s simply not how it works,” says Rich.

“Product Management folks tend to lead arguments by marshaling data and showing spreadsheets, proving that we’re smarter than everybody else,” says Rich. “But that doesn’t necessarily convince folks.”

Product people would do better to take a bigger picture approach in building good personal relationships by trying to frame issues not as, “I’m smarter,” or “the Product needs X,” but rather, “what are the overall symptoms for the company?”

“If you can unpack issues in a way that’s not personal, and that builds bridges, people feel respected and understood,” says Rich. “Dale Carnegie’s old sales book, How to Make Friends and Influence People, reminds us to remember what people are interested in and to assume good intent, delivering praise in public and dealing with issues or complaints in private.”

“Once we stop thinking about folks around the executive table as our enemies, then we begin focusing on solutions,” says Rich.

When asked about something that he’d love to banish from the industry, Rich called out the silos that develop within organisations. “These narrow cultural tribes where salespeople think badly of everybody else; and marketing people think badly of everybody who’s not in marketing; and the engineers believe everybody’s stupider than they are; and Product Managers believe everybody’s getting in their way; and support people think that nobody appreciates them — are really pointless and wasteful,” says Rich.

“If we could have exchange programs from department to department, we could see what different people do for a few days at a time, and why it’s hard, so that we’d learn to appreciate them.”

As Rich notes, the most important thing you can do is go out for a meal or have a drink with somebody in another department, because it’s hard to think as badly of them after this.

“Then when something goes wrong, you don’t start off assuming that people are stupid, or lazy, or whatever because they’re somebody you’ve met and chatted with, and you give them the benefit of the doubt.”

As Rich notes, leadership starts by appreciating that people are different and that any preconceptions you hold aren’t likely to be the whole story. Especially when working with international teams, it’s important to respect differences while also seeking to build bridges and find commonalities.

“When I was doing work at Yahoo some 10 years ago, I was sitting around the table with a bunch of engineers – from the Ukraine, China, India, Israel, all over the place. And somebody said, ‘my fifth grader got 99 on his math test today’, says Rich. “Everybody at the table smiled and laughed nervously. Then somebody responded with, ‘did you ask him what happened to the last one point?’ Big laughter all around! With a table of people from all over the world, we discovered that we were all helicopter parents with high expectations for our kids in STEM programs! It was a powerful moment when we recognised that we had much, much more in common than we didn’t,” says Rich.

“That’s important for a team. They must trust each other, like each other if they can, and depend on each other, even if they’re far away.”

If you’re keen to progress your Product Management career and become a leader, Rich has some surprising advice: try to be a generalist.

“Meet everyone at your company if it’s small enough to do so, and spend a lot of time with customers outside the sales cycle,” suggests Rich. “We learn things when nothing’s at stake other than customers teaching us. Ask yourself, ‘how do I have two meetings with customers every week where I do very little of the talking?’”

When asked about what skills Rich lacks that he wishes he had, he smiles. “I’m design blind. I can’t draw. I have very poor taste around user-interface and workflow. It’s the equivalent of being tone-deaf and going to the symphony,” laughs Rich.

“So I heavily depend on my design partners who have these skills that I lack. I need to take the word of the smart people who know how to do that, which is fine, but I’d love to have some of my own taste!”

As Rich notes, a generalist also needs to know how to play to their strengths and work around their weaknesses. “If you know that you have very poor design tastes yet you lean in over the designer’s shoulder to give direction, that’s not leadership,” says Rich. “But it can be a moment of vulnerability to say, ‘I don’t know how to do the thing you do. I respect you for it. Tell me why this is the best answer’. Done well, this is a great opportunity for building trust.”

Rich notes that real leaders don’t criticise in public, whether or not they’re right. “Since I used to be a developer, I have a fair amount of software design skills and know a lot about architecture, but software architecture is not my job,” says Rich.
“So when I’m looking at the whiteboard and I see something, I never say, ‘Hey stupid. That’s an obvious mistake.’ I might form a question – something like, ‘well, I’m not the architect, but I’m wondering if we might be getting into some trouble here because of A and B.”

Rich notes that leaders need to put their ego aside and bring out the best in other people and that this is truer the higher up your role. “As the most senior person in the room, I have to be very careful not to push my opinion first and override everybody else,” says Rich. “I want to be the last person to comment after everyone else, which means I might not need to say anything because somebody else got there first.’

“If you’re serious about being a Product leader, you must appreciate who’s right or wrong is far less important than getting to the right answer” says Rich. “This is easier to do when you know you’re not good at the thing being done. It’s far more difficult when you bring a lot of expertise and want to tell people what they should do.”

Last year Rich Mironov‘s product leadership workshop was a sell out. Rich is back and there are only two spots left for his workshop. Get practical hands on advice on how to transition from managing products to managing product people at Rich’s workshop on Tuesday, 20 October 2020 – reserve your place here.

Radical Product thinking: how to iterate less and build more

One of the biggest pain points for Product people is strategy. Ken Sandy’s framework for creating a ‘killer’ Product strategy is practical, pragmatic and easy to implement. Ken...

Radical Product thinking: how to iterate less and build more

We’re in the middle of an iteration epidemic. The wholesale adoption of Lean Startup has many Product Teams to be constantly iterating and losing focus on what’s important....